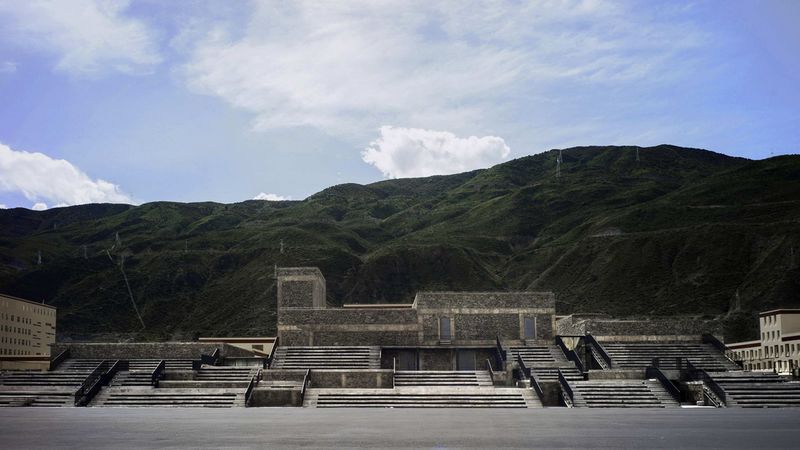 Joey Haar — October 24, 2016 — Eco
References: blog.sina.cn & dezeen
Share on Facebook Share on Twitter Share on LinkedIn Share on Pinterest
Batang People's Primary School in Tibet is situated in a valley surrounded by lush mountains, and much of the culture and economy of the town is dependent on those geological colossi. In deference to those mountains, the Chinese firm Livil Architects' addition to the school is clad in rough, uneven stone sourced from a nearby quarry.

Aside from the source of the stones, the facade's design is itself a more subtle reference to the mountains. Considering that mountains are natural phenomena, their edges are rough and unpredictable. The stone in the Batang People's Primary School's facade is laid is unevenly, a reference to the stone that comprises the mountains themselves.

Livil Architects' stone-clad addition includes an office building and several atria that, thanks to the rough stone, take on the appearance of a mountain cavern.
3.9
Score
Popularity
Activity
Freshness
Get Better and Faster