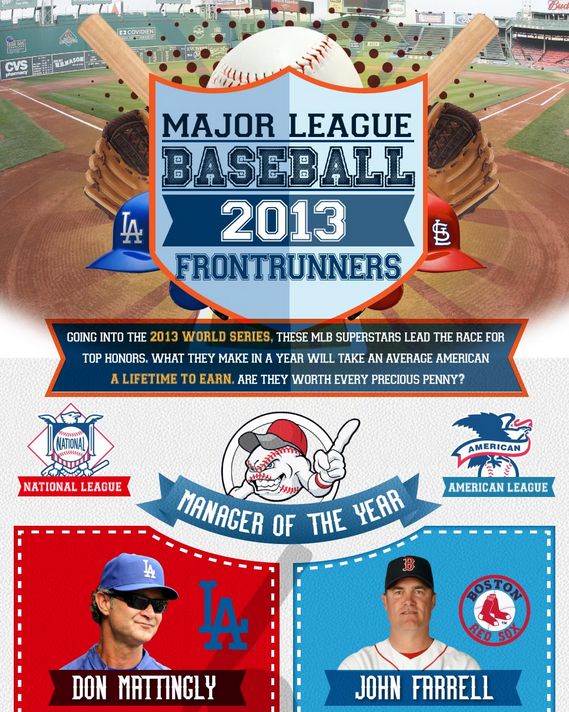 The Finances Online infographic recognizes standout individuals like the manager of the year, MVPs, notable rookies and comeback players, as well as staggering statistics like: "what they make in a year will take an average American a lifetime to earn." For example, LA Dodgers pitcher Clayton Kershaw earned a salary of $11 million in 2013 alone.

And although he has only just recently made his major league debut in 2012, Shelby Miller of the St. Louis Cardinals has already earned a hefty $490,000 this year, which is certainly a considerable start for this rookie.
0.7
Score
Popularity
Activity
Freshness
View Innovation Webinars