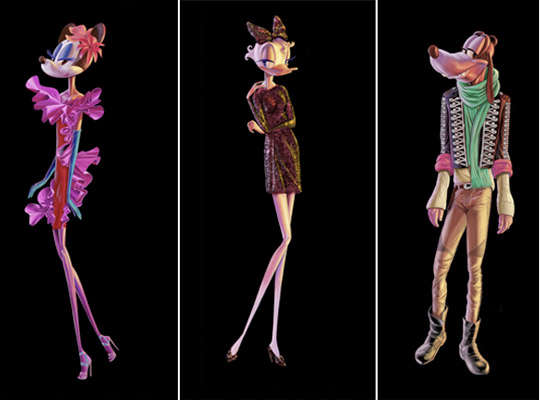 For this coming 2012 holiday season, luxury retailer Barney's teams up with Walk Disney for a chic cartoon campaign. The unveiling of this playful collaboration will feature a 3D light show and a moving art film, and displays that will "turn Disney’s most favorite heroes into runway supermodels and fashion regulars into Disney types," according to WWD.

Disney characters will be styled to sport the most prestigious of fashion houses: Mickey Mouse in Balenciaga, Minnie in Lanvin, Goofy in Balmain, Daisy in Dolce & Gabbana, Snow White in Nina Ricci and Cruella de Vil in Rick Owens. With the collaboration's design team capitalizing attention to detail, the outcome is a stunning project that seamlessly marries the worlds of fashion and fantasy.
3.8
Score
Popularity
Activity
Freshness
Attend Future Festival

Pricey Paper Holders
The 'Paperclip Money Clip' is Over the Top