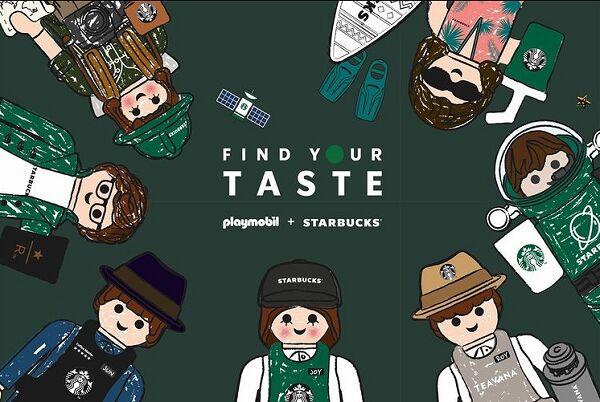 Laura McQuarrie — January 14, 2021 — Life-Stages
References: instagram & designtaxi
Share on Facebook Share on Twitter Share on LinkedIn Share on Pinterest
Playmobil collaborated with Starbucks Korea to create a limited set of uniformed barista figurines. Each figure is dressed in a signature outfit and sold as a set with one of six tall-sized beverages and they can be found for a limited time at participating stores across the country.

The Buddy series shares a total of eight characters that will be released week by week. First up, the partnering brands are introducing Barista Joy, who sports the Starbucks uniform and branded cap.

Soon, fans can look forward to collecting other characters like Teavana members Jun and Roy. The characters can be seen carrying coffee mugs, laptops, sports accessories, travel gear and more. Each collectible Buddy figure has its own personality and with this collection, fans are invited to "find your taste."