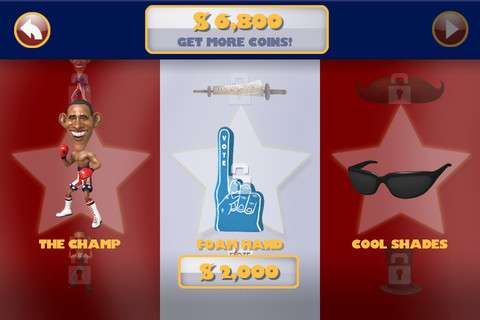 Sarah Nazim — August 24, 2012 — Tech
References: playvote & mashable
Share on Facebook Share on Twitter Share on LinkedIn Share on Pinterest
The Barack Obama & Mitt Romney VOTE!!! app allows users to have a battle between the democrat and republican candidates. The game was developed by Chair Entertainment and Epic Games, who are the makers behind the popular game called Infinity Blade.

Aside from it being a fun and interactive game, the idea behind creating this app is to encourage people to vote and make them aware of each candidate's campaign issues. Each player in the game has to select a perk before each round, such as healthcare, superpac, or fundraiser. Also, by syncing the game to Facebook and Twitter, you can boost your character's strength.

The game is currently available for iPhone users, and is sure to be a popular download due to the buzz that is surrounding the 2012 Presidential Election.