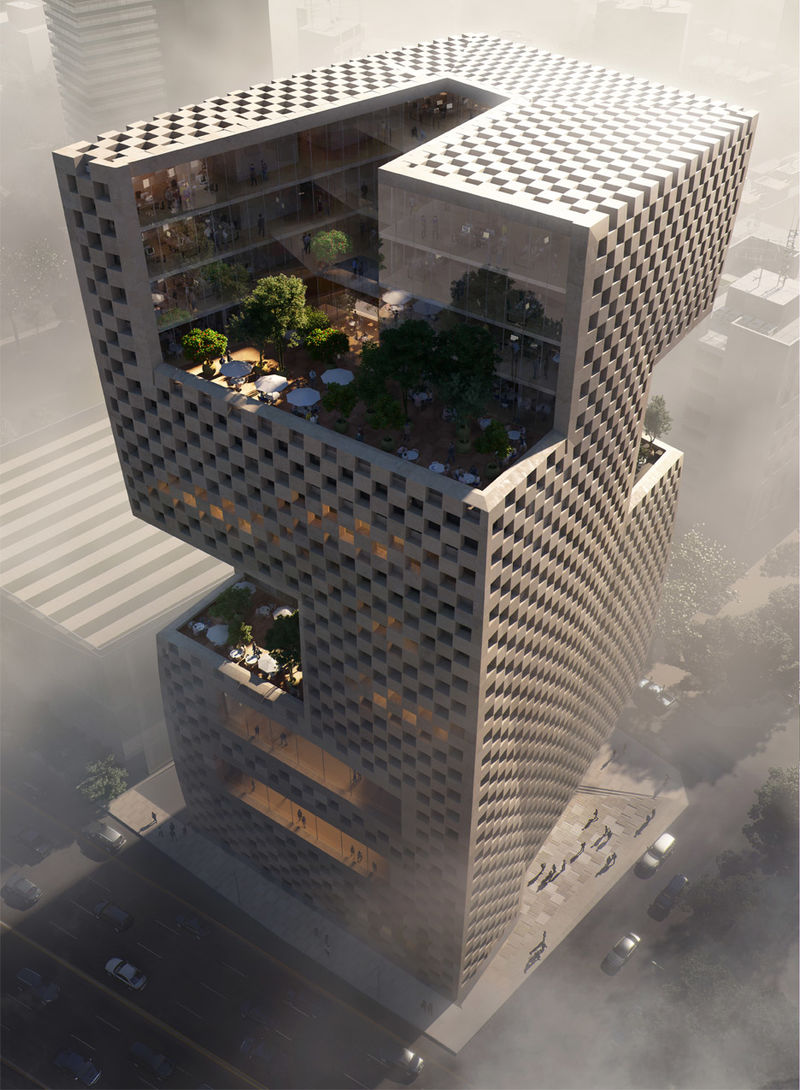 'Banque Libano Francaise' has a Checkerboard Facade and Built-In Gardens

Joey Haar — August 9, 2016 — Art & Design
References: eblf & dezeen
Share on Facebook Share on Twitter Share on LinkedIn Share on Pinterest
Though Monopoly should be the number one game for bankers, the new design for the Banque Libano Francaise building will convert the local Beirut bankers into checkers players. Conceived by Norwegian design and architecture firm Snohetta, the building's facade is covered in tessellating concrete cubes, giving it the appearance of a checkerboard.

The checkerboard pattern is visually appealing from the outside, but it also creates an aesthetically appealing effect inside the building. Rather than the empty sections of the concrete being filled with opaque material, they are left open as windows. Thus, the walls inside the Banque Libano Francaise are also checked, giving workers a unique view of the city below.

Gardens also grace the building in cut-out sections around the middle and atop the roof.
3.2
Score
Popularity
Activity
Freshness
Get Trend Hunter Dashboard