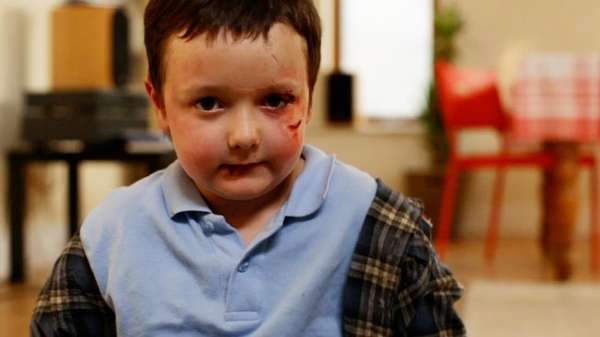 The Banned Ogilvy Dublin PSA is Hard to Watch

Marie C. Hudson — September 29, 2011 — Life-Stages
References: adweek & brandflakesforbreakfast
Share on Facebook Share on Twitter Share on LinkedIn Share on Pinterest
When it comes to getting the message across about child abuse, the newly banned Ogilvy Dublin PSA for the Irish Society for the Prevention of Cruelty to Children does not mess around. The spot, which is only 40 seconds long, shows a little boy being struck repeatedly by an adult, as he delivers a moving speech called "I Can't Wait Until I Grow Up."

I'd be lying if I said this heartwrenching anti-abuse ad didn't bring a tear to my eye, but the graphic nature and realism of the video isn't what got it banned from the Irish media. Ireland's Advertising Standards Authority pulled the ad after claims that the PSA was sexist, because it only shows an adult male abusing the boy.

Whether you agree with the ASA's argument or not, the realism of the banned Ogilvy Dublin PSA makes it extremely powerful and addresses the important issue in a way not seen before.
5.6
Score
Popularity
Activity
Freshness
View Innovation Webinars

The Viral Effect of Laughing Gas
Is ‘David After Dentist' the Next Big YouTube Hit?