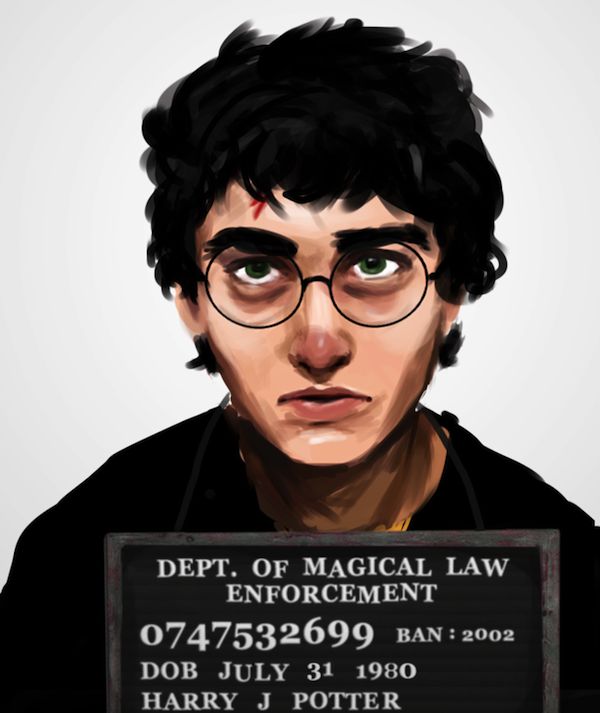 The series of 'Banned Book Mugshots' features characters like Harry Potter and other well-known characters from titles like 'Looking for Alaska,' 'The Catcher in the Rye,' 'Their Eyes Were Watching God' and 'The Scarlet Letter.'

Each of these characters is shown being taken in by the law-enforcing body from their respective universes. In most cases, the offending characters are having their mugshots taken by the local sheriff or police department and in the case of Harry Potter, he looks very unhappy to be detained by the 'Department of Magical Law Enforcement.'