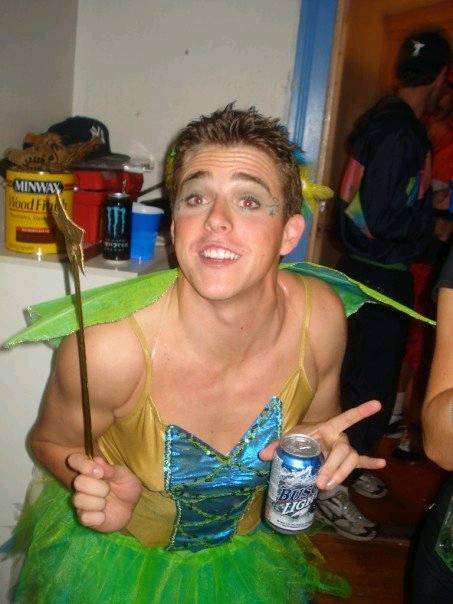 Bianca — November 13, 2007 — World
References: valleywag
Share on Facebook Share on Twitter Share on LinkedIn Share on Pinterest
Wow, not only does it suck to get busted for skipping work, but when the evidence looks like these photos, it's not just your business reputation on the line anymore. After excusing himself from work for a "family emergency," Kevin Colvin, an intern at the North American arm of the Anglo Irish Bank, was busted when photos on Facebook revealed what he was really up to: partying at a Halloween bash, dressed as a fairy!

When his manager replied to the email message in which Colvin excused himself, his boss wrote back with an attached photo of the intern in costume. Gulp. If that isn't embarrassing enough, his boss CCed the message to EVERY ONE at the office.