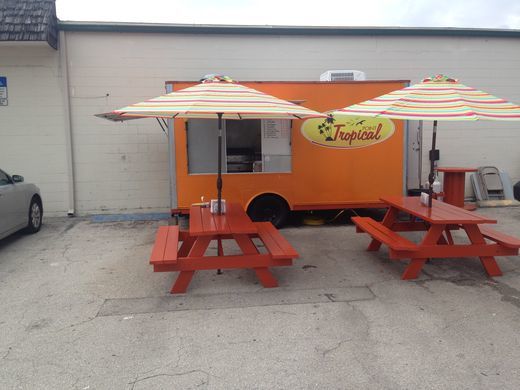 Tropical Point's banana cheeseburger is one of those dishes that will totally change the way you look at food thanks to the manner in which it manages to bring together two ingredients that you would think are incompatible.

What's great about the Tropical Point food truck is the fact that many of the items on its menu are familiar enough to be accessible to even conservative eaters, yet different enough to be exciting. A great example of this is the Portuguese pizza, which includes common toppings like ham and black olives but also features a generous helping of sliced boiled eggs, unfamiliar to many American pizza-eaters.

By offering dishes such as boiled egg-topped pizzas and banana burgers, Tropical Point is looking to capture the attentions of Americans who are bored of the same old and boring burger and pizza renditions.
3.1
Score
Popularity
Activity
Freshness
Access Advisory Services