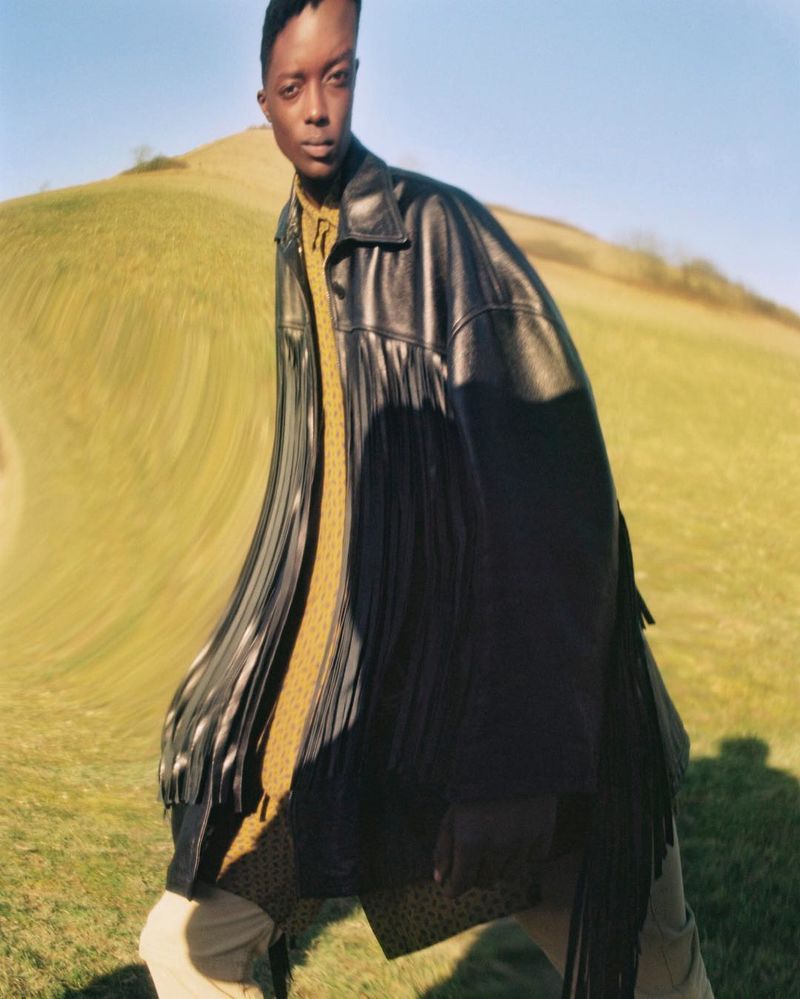 The photos shared on social media by the brand include ones that are oddly stretched, warped and blurred, creating an unclear view of some of the new designer styles—as well as a sense of mystery surrounding the products and styled outfits. The images shared to Instagram by Balenciaga are accompanied only by a description that reads either "Women Spring Summer 18" or "Men Spring Summer 18," which only adds to the intrigue of each presented style.

For its previously released campaign, Balenciaga opted to share a series of candid images inspired by paparazzi shots, with models covering their faces.