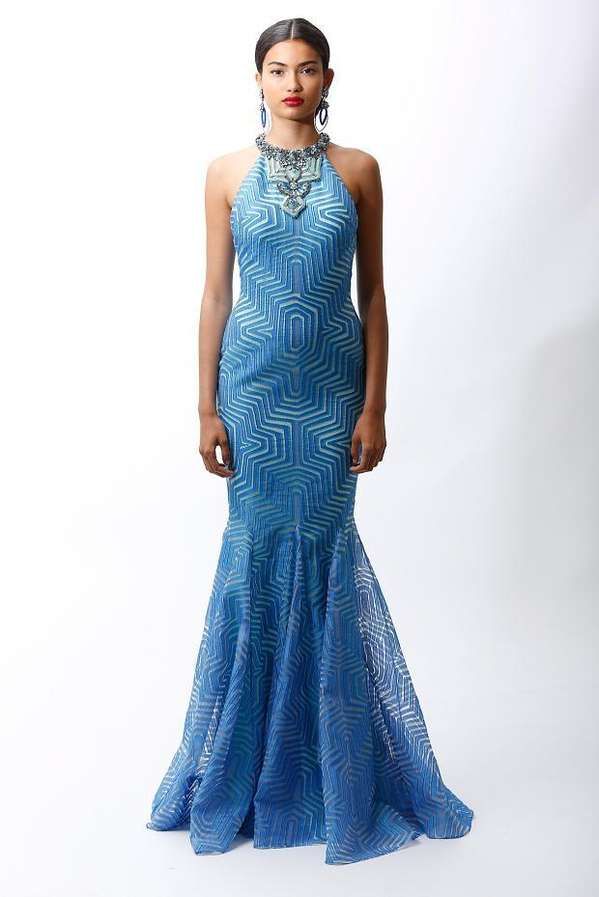 Meghan Young — June 13, 2013 — Fashion
References: badgleymischka & style
Share on Facebook Share on Twitter Share on LinkedIn Share on Pinterest
The Badgley Mischka Resort 2014 collection may have been influenced by the stunning '60s-inspired cocktail gowns that made appearances in the Blake Edwards-directed 1968 cult comedy 'The Party,' but there is an exotic flair as well. Some of the shapes and beading are reminiscent of ornate Indian saris. Of course, in both cases the designs have been updated to suit the modern woman.

From bright colors including magenta, coral and sea foam to iridescent, op-art-inspired raffia embroidery, the dresses making up the Badgley Mischka Resort 2014 collection all have a festive feel. They were clearly created with glamorous getaways in mind. One piece stands out in particular, however, due to the heat-reacting gems that are reminiscent of mood rings.
4.3
Score
Popularity
Activity
Freshness
View Innovation Webinars