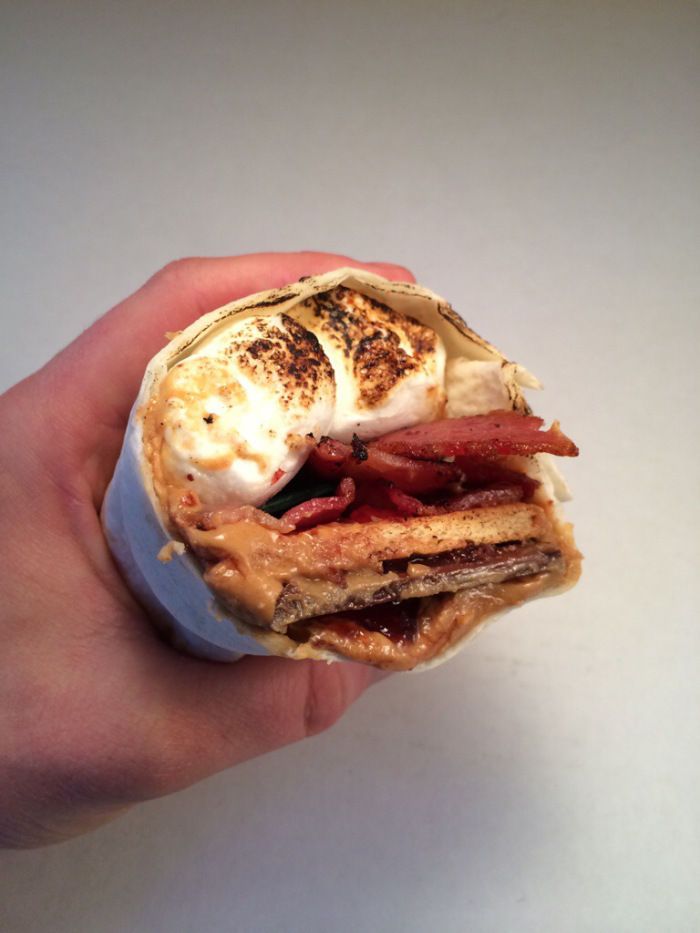 Alyson Wyers — October 24, 2014 — Lifestyle
References: thevulgarchef & buzzfeed
Share on Facebook Share on Twitter Share on LinkedIn Share on Pinterest
This epic sandwich combines some of the most amazing foods in the world, including a bacon s'more. Created by The Vulgar Chef, the Peanut Butter & Jelly Bacon S'morrito consists of a roasted marshmallow, bacon, graham crackers, chocolate, peanut butter and jelly all wrapped in a tortilla.

The post by Canadian Kyle Marcoux claims one s'more isn't enough. This bacon s'more creation is definitely enough. If you love just one of the foods incorporated, you will enjoy this loosely defined burrito. The bacon doesn't appear to be your standard pre-cooked strips either; it looks like Canadian peameal bacon.

Unusual Ramen Wraps
This Egg Roll From The Vulgar Chef Contains Cheddar, Bacon and Ramen Too