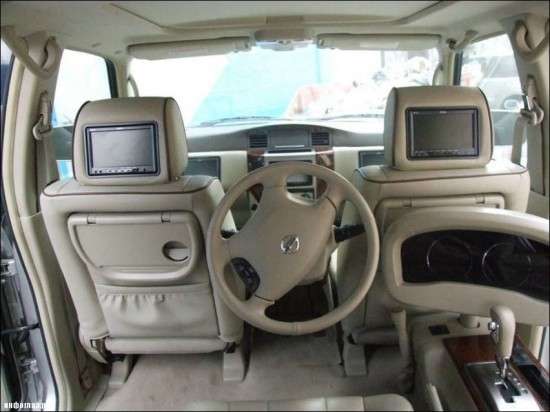 A Dubai Resident Recently Customized His Car for Back-Seat Driving

From the outside, the 2008 Nissan Patrol appears to be like any other as the exterior is completely unchanged. Upon further inspection, the interior of the vehicle reveals that entire driver’s side appears to be transferred to the center of the rear seating. Based on the images, it appears that the inside of the car was stripped and the steering wheel and other functions were displaced and rerouted to the back of the car. The vehicle was then reconstructed, the driver’s area being replaced with small 10 inch monitors.

With full functionality and visibility from the rear seating area, the modification does not appear to present any major driving hazards. With that said, I don’t see this passing many driving regulations at the moment.
6.8
Score
Popularity
Activity
Freshness
Attend Future Festival Virtual