Baby Boom in Tinseltown and the Rise of Teen Pregnancy 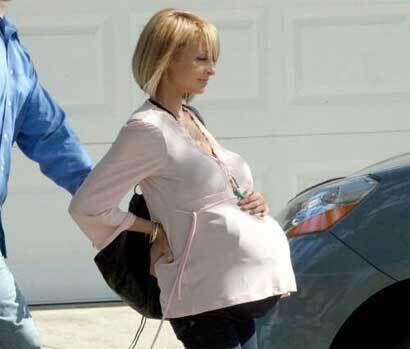 Dose.ca said that the "Vicodin-popping, wrong-way-driving, Paris Hilton-feuding reality starlet" is expecting the child of Joel Madden (of Good Charlotte).

She confirmed the speculations in an interview with Diana Sawyer as well as adding a public apology for driving under the influence. "I have a responsibility and it's something that I did wrong, and if I could personally apologize to every single person that has lost a loved one from drunk driving, I would," Richie said.

Guess she's trying to take responsibility as she prepares for motherhood.

Celebrities are a major influence on young teens -- teen pregnancy has already become the "in" thing. Other celebs awaiting little ones include Naomi Watts, Christina Aguilera and Usher. Hot Hollywood mamas like Heidi Klum and Julia Roberts make it all the more appealing to today's teens.