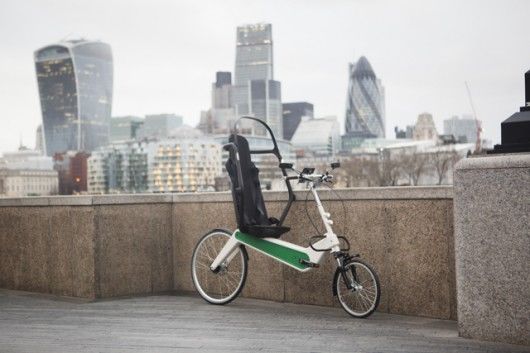 The Babel Bike is Billed as the Safest Bicycle Ever Built

Rahul Kalvapalle — April 21, 2015 — Lifestyle
References: indiegogo & gizmag
Share on Facebook Share on Twitter Share on LinkedIn Share on Pinterest
Cycling, especially in urban settings, can be a pretty hazardous activity, which is why London-based Crispin Sinclair Innovation decided to develop the super-safe Babel Bike. With a range of safety features including a protective cage around the rider, this peculiar vehicle is claimed to be the world's safest bicycle.

In addition to the cage, the bike also includes a seat belt, steel foot protectors, a car horn, rearview mirrors, automatically activated headlights and tail-lights, brake lights, turn signals and hazard lights. If you're weary of taking one arm of the handlebar to signal your turn intentions, the Babel Bike is for you.

The Babel Bike may not appeal to seasoned cyclists but could be a great way for people weary of biking in busy cities to take the plunge and get pedaling.
2.7
Score
Popularity
Activity
Freshness
Get Better and Faster