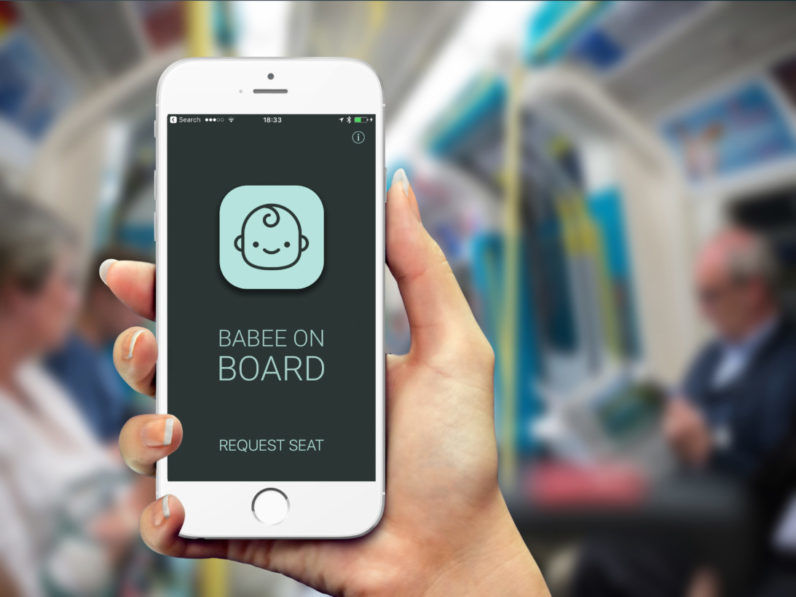 Joey Haar — January 23, 2017 — Life-Stages
References: babeeonboard & thenextweb
Share on Facebook Share on Twitter Share on LinkedIn Share on Pinterest
'Babee on Board' is an iOS app designed to make life easier for pregnant women taking the London Underground — or any subway system, for that matter. Through the app, women can silently request a seat on their subway car, helping them to rest while carrying that extra cargo.

To be accurate, Babee on Board is actually a pair of apps. Babee on Board: Request is the one that pregnant women would keep on their phones. The simple interface brings up a request button that will alert anyone on the car who has the second app, Babee on Board: Offer. The lightweight Offer app runs in the background of users' smartphones, and it will buzz when someone presses the Request button nearby.

The Babee on Board suite of apps connect to one another via Bluetooth rather than cell signal or WiFi, allowing it to function even when underground.
4.6
Score
Popularity
Activity
Freshness
Access Advisory Services