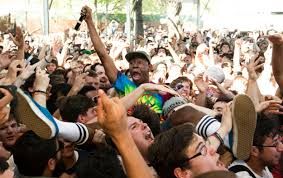 Michael Baxter — March 10, 2014 — Tech
References: avoidhumans & psfk
The Avoid Humans app is one of the strangest, funniest and completely typical apps that will be available to users. In a vacuum, the app seems like a creepy anti-social application, but since it’s available for SXSW -- one of the biggest hipster gatherings on the planet -- it’s not really a surprise.

This Avoid Humans app tracks the places at the festival with the least amount of people and gives readers that information. Since South by South West is such a packed event, this app could actually hold some major significance for people who need a little bit of space to themselves for a while.

Essentially, this is the definition of anti-social media and a pretty good example at that.