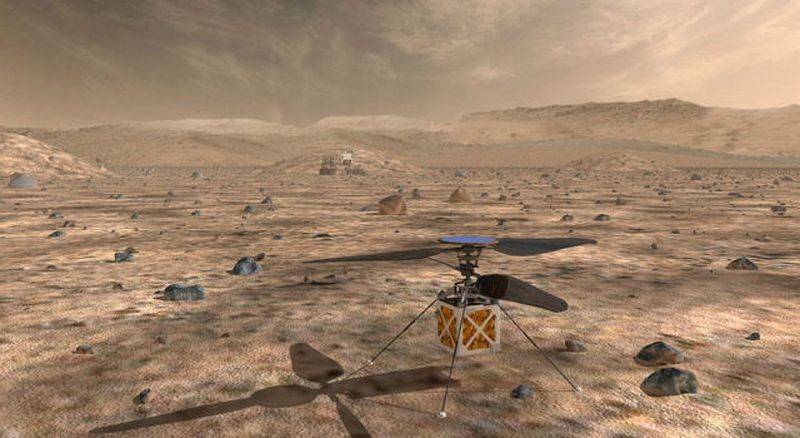 This Autonomous Helicopter Will Hover Around Mars in the Year 2020

Rahul Kalvapalle — May 14, 2018 — Autos
References: nasa.gov & newatlas
NASA unveiled a miniature and high-tech autonomous helicopter that is set to be the first chopper to function in a planet other than our own.

This particular autonomous helicopter is set to be sent to Mars along with the Mars 2020 rover. Weighing in at less than four pounds, this is a small helicopter that is set to have a huge impact on interplanetary science.

The helicopter is set to carry out pre-programmed flights because it won't be possible to send it signals all the way from Earth. Accordingly, the chopper will be programmed to perform flights of increasing distances until it's able to hit heights of several hundred meters, while using the Mars rover itself as a data relay point.

With space exploration expected to bring huge benefits to science and high-tech industries, the development of this autonomous Martian helicopter is set to have a massive impact for years to come.
1.4
Score
Popularity
Activity
Freshness