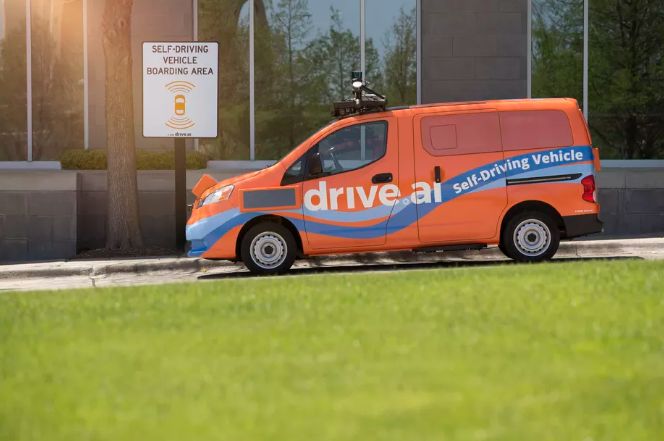 Daniel Johnson — June 30, 2019 — Autos
References: drive.ai & theverge
Share on Facebook Share on Twitter Share on LinkedIn Share on Pinterest
The Autonomous driving startup, Drive.a,i was recently purchased by the tech giant, Apple. The startup was created in 2015 by the University of Stanford researchers, working on machine learning. Since 2015 the company had been running an autonomous ride-hailing system, located in Texas.

The company has been an industry leader in autonomous driving, implementing a deep learning system to recognize objects. Last year the company conducted successful fixed-route tests without human passengers on public roads.

The autonomous driving startup had a sizeable inventory, consisting of Nissan NV200s that were retrofitted for self-driving. The cars also had LED screens on the hood, above the front tires, and on the back. The screens would show messages to nearby people stating the car's intentions.

It is unclear at this moment what Apple will do with the company.