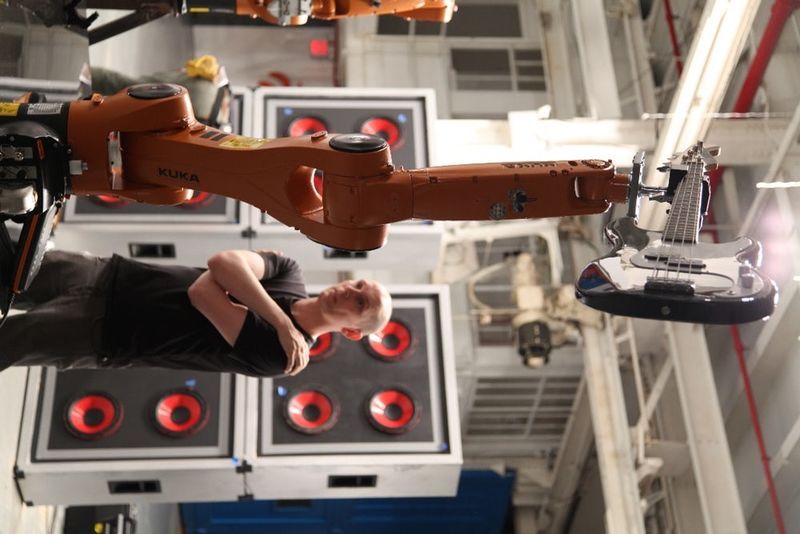 The 'Automatica' Robot Project Gives Rise to Music and Destruction

Rahul Kalvapalle — September 20, 2017 — Tech
References: nigelstanford & digitaltrends
Share on Facebook Share on Twitter Share on LinkedIn Share on Pinterest
The concept of industrial robots makes most people think of dreary block-shaped robots working in factories and warehouses, but the Automatica project brings out the musical talent of robots, by designing them to work together to form a massive autonomous orchestra capable of creating complex pieces of music.

A long-running project that has used robots to do everything from weld metal to build automobiles, the Automatica industrial robots have since been programmed to play music instruments including the keyboard, synthesizer, drums, bass and piano, with one robot even spinning a turntable. Maya 3D modeling software was used to make the project come to life. At the end of the performance, the robots destroy their musical instruments in spectacular fashion.

Beyond making for a spectacular visual and auditory experience, the Automatica project also goes to show that industrial robots can be programmed to perform highly precise and complex tasks, which could allow them to be utilized across various industries.
1.5
Score
Popularity
Activity
Freshness
View Innovation Webinars