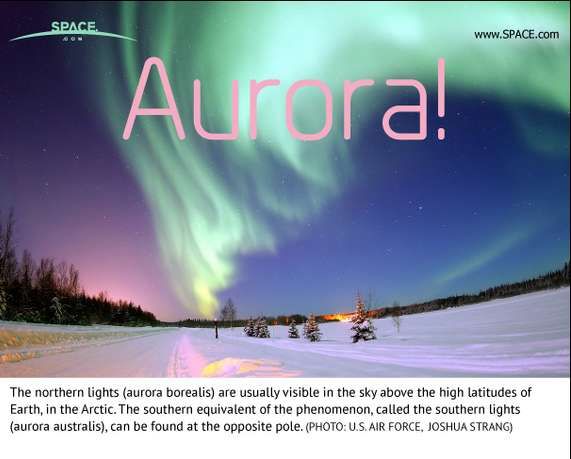 The 'Aurora!' Guide Shows How the Northern Lights Work

Created by Karl Tate, an infographics artist for SPACE.com, the chart details the origins of the phenomena, as well as the best places to catch a glimpse of it.

The streaks of color are born from electrons and ions from the sun, which then blow across the solar system by solar winds across various magnetic lines. When these particles hit the magnetosphere, a magnetic shield around the Earth, some remain stuck around the two poles and when combined with positively charged particles, create a green or blue glow. The graph also cites that other planets can experience the same stunning phenomenon.
1
Score
Popularity
Activity
Freshness
Access Advisory Services