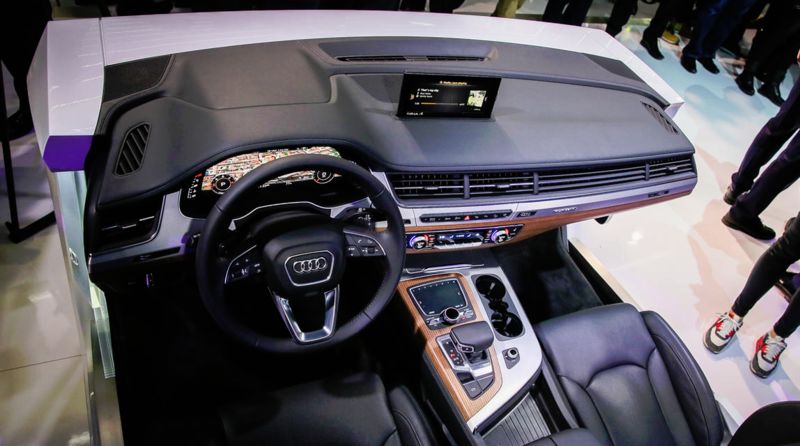 Laura McQuarrie — January 15, 2015 — Autos
References: cnet & luxurylaunches
Share on Facebook Share on Twitter Share on LinkedIn Share on Pinterest
Before showing off the 2016 Q7 at the Detroit Auto Show, Audi brought a mockup of the Audi Q7 Virtual Cockpit to CES 2015. Debuted only as a prototype at last year's Consumer Electronics Show, this time around, the touchscreen Android tablet included many improvements.

The 10" tablets have a designated spot to the right of the wheel, placed for use by passengers. Within the car, the tablet can also be mounted on the backs of seats. The app gives access to a range of features, including media, the radio, navigation and features the adjust the Q7.

In addition to this mobile tablet, the Audi Q7 cockpit also includes a screen that can be viewed seamlessly through the wheel. Other neat features include voice recognition and features that will allow drivers to unlock their cars with a smartphone or smartwatch.
3.1
Score
Popularity
Activity
Freshness
Attend Future Festival