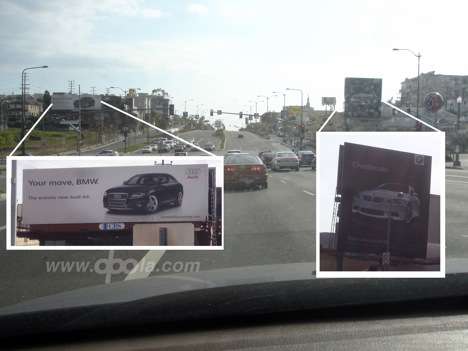 Audi threw the first blow, with a billboard that pictured the A4 with the copy, “Your move, BMW.” BMW’s response came in the form of a billboard with an M3 on it and the copy, “Checkmate.”

Audi’s team solicited some hilarious crowdsourced responses via its Facebook page before it replaced the A4 billboard with one that features the R8 and the wordy response, “Time to check your luxury badge. It may have expired.” Although this final billboard isn’t exactly scathing, BMW has taken down their rival billboard and hasn’t replaced it—yet.
4.6
Score
Popularity
Activity
Freshness
Get Trend Hunter Dashboard