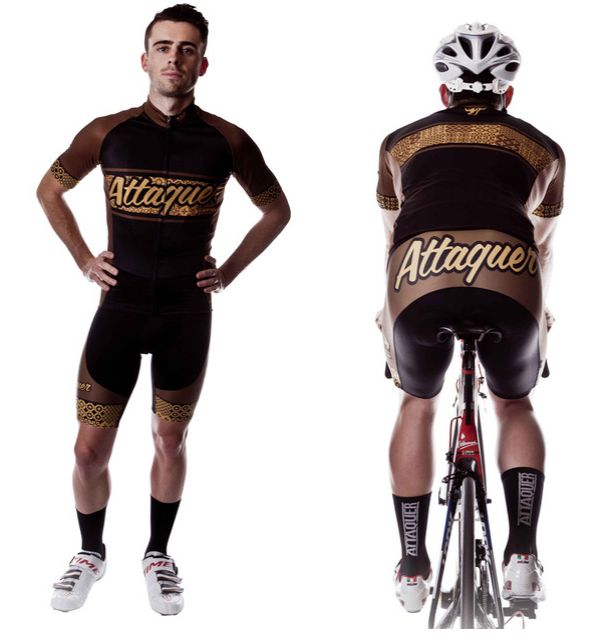 Meghan Young — October 21, 2014 — Lifestyle
References: attaquercycling & coolhunting
Share on Facebook Share on Twitter Share on LinkedIn Share on Pinterest
Inspired by street art, Attaquer is a cycling brand based out of Sydney, Australia, that let's people ride in style. Traditional cycling gear is known for its gaudy colorways and unnecessary branding, but Attaquer hopes to change that one outfit at a time. As is written on Attaquer's website, "Borne out of a need for exciting, fresh and fashion-forward cycling kits, Attaquer breaks all the rules of what you've come to know of your kit."

Founded by Stevan Musulin and Greg Hamer, Attaquer brings a fresh flavor and aesthetic to the cycling scene. It has partnered up with local artists and artisans in order to create looks that would speak to a number of different personality and tastes.
2.7
Score
Popularity
Activity
Freshness
Jeremy Gutsche Keynote Speaker