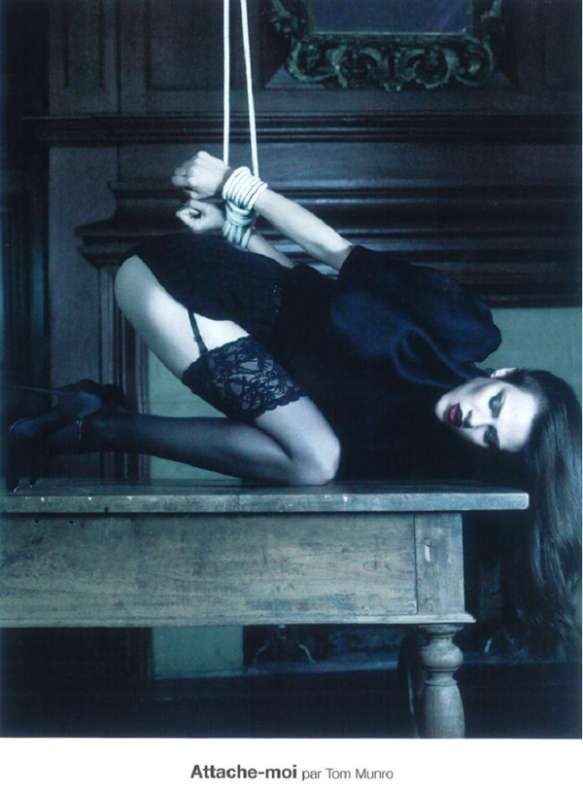 Sexy and artistic all at the same time, the shoot pushes the boundaries of sensuality and invites viewers in to the darker side of fantasy. Using ropes, black trenches and high heels so sharp they could kill as accessories, Valade plays the dominator role incredibly convincingly. The racy shoot certainly is no joke, and viewers will be sure she has the rope burns to prove it.

Implications - Avant-garde, boundary pushing fashions are all the rage for the younger generation of fashionistas. Sexually charged imagery is a big part of selling publications and attracting younger audiences, who are much less restricted and sheltered than generations past.
6.4
Score
Popularity
Activity
Freshness
Get the 2021 Trend Report FREE