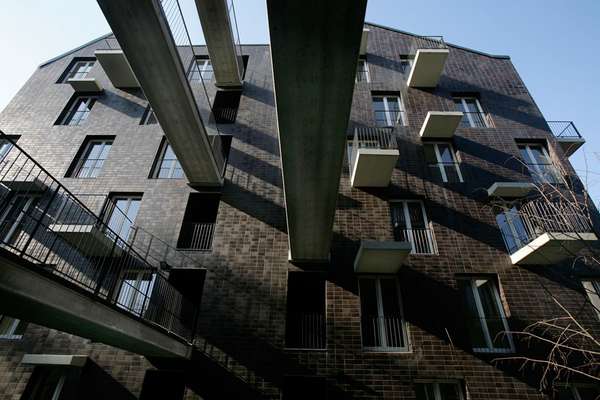 Atelier Peter Kis is a Hungarian architecture firm that has come up with a design that's both functional and aesthetically pleasing. Prater Street is located in Budapest's Józsefváros district and is a building comprised of balconies that slightly protrude from the building's facade, as well as fully connected ones.

The facelift bridges the gap between the parallel buildings and gives a sense of community for those inhabiting the area. The design stretches from the first to the sixth floor allowing folks to travel easily throughout the structures without having to go all the way down and back up again. Atelier Peter Kis has given the courtyard below some infrastructure that creates a flow of movement to the once empty space above.