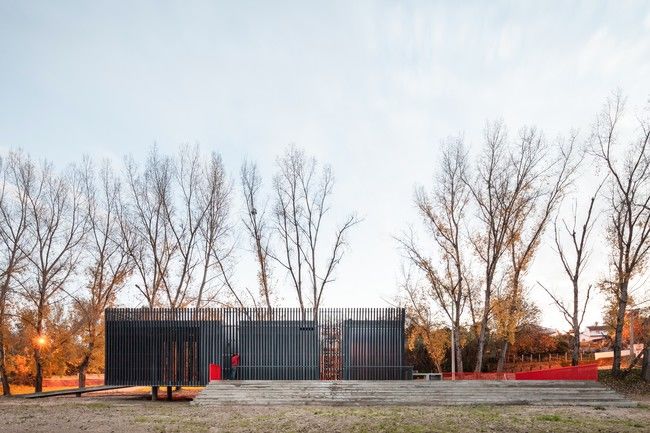 Joey Haar — January 20, 2017 — Art & Design
References: ateliermob & archinect
Atelier Mob, a Portuguese architecture firm, recently designed a canoeing station in the town of Alvega, Portugal. The station is located on the banks of the Tagus River, the longest river in the Iberian Peninsula and the largest to feed into the Pacific Ocean.

Building a canoeing station for such a large river posed an interesting problem for Atelier Mob. Though canoeing is a beloved outdoors activity in the summertime, the river predictably floods each winter. As such, Atelier Mob's design need to be capable of withstanding this seasonal deluge. The building is raised up on its foundations enough to avoid taking any water damage from flooding. It's also designed to have a minimal impact on soil degradation (an effect that is amplified by the rising winter waters.)
4.3
Score
Popularity
Activity
Freshness