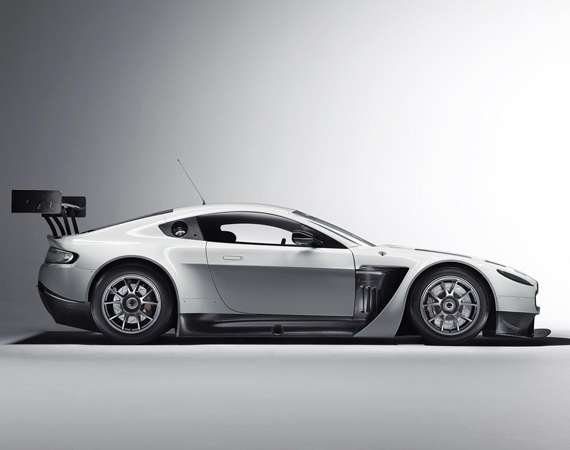 The Aston Martin V12 Vantage GT3 is Futuristic and Fast

Taylor Keefe — November 25, 2011 — Autos
References: astonmartin & freshnessmag
Racing enthusiasts and car junkies alike are foaming from the mouth at the sight of the Aston Martin V12 Vantage GT3, which begins track testing this month. This futuristic-looking concept will go on to replace the Aston Martin GBRS9 introduced back in 2006.

With hopes of being ready for the start of the 2012 racing season, the Aston Martin V12 Vantage GT3 will soon begin its testing phase, as engineers work on fine tuning the racetrack behemoth. Fitted with a bonded aluminum chassis and equipped with a 6.0-liter V12 engine, which engineers at Aston Martin's racing division have overhauled with experienced gained during the six year tenure on the GT3 circuit. Changes include a lightweight crankshaft, dry sump lubrication and new valve trains for better reliability and greater performance.

The 600-bhp engine is mounted over the front axle for optimal weight distribution, which powers the rear wheels via a carbon fiber propshaft and six-speed sequential transmission -- perfect for leaving competitors in the dust.
2.5
Score
Popularity
Activity
Freshness