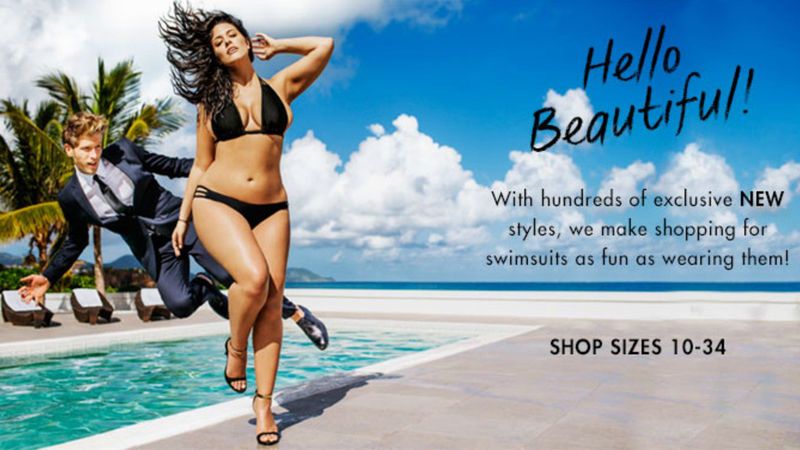 Ashley Graham is the First Plus-Sized Model in Sports Illustrated

Meghan Young — February 6, 2015 — Fashion
References: SI & mashable
Share on Facebook Share on Twitter Share on LinkedIn Share on Pinterest
Ashley Graham is about to become a household name. As the first plus-sized model to appear inside an issue of Sports Illustrated, she is already making headlines amongst major media networks. After all, Kate Upton's popularity and career sky-rocketed after she appeared on the cover in 2011 when the publication named her Rookie of the Year. The main difference, of course, is that Ashley Graham is not even appearing in an editorial.

Instead, Ashley Graham will be starring in a one-page ad for SwimsuitsForAll, an company that specializes in plus-sized swimwear. This could be seen as the first step to truly accepting more natural figures in fashion magazines and similar publication platforms. Ashley Graham joins fellow plus-sized model Tess Holiday in making a big impact for women around the world.
6.8
Score
Popularity
Activity
Freshness
Access Advisory Services

Sensuous Summer Editorials
The 'Summer is Over' Editorial is Bittersweet