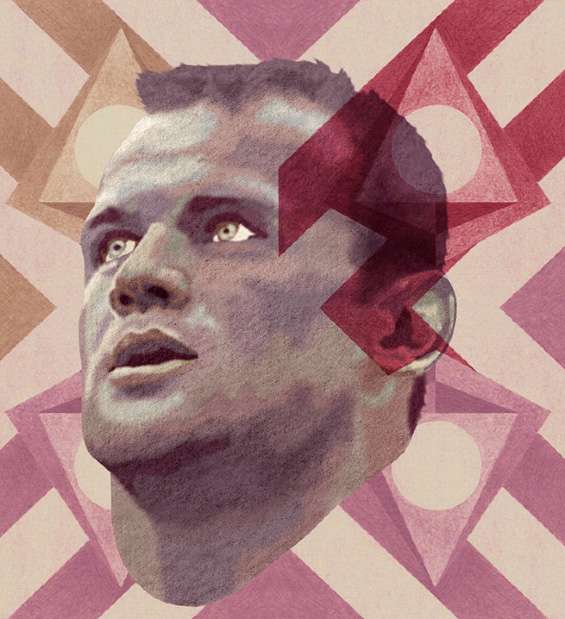 Jordan Sowunmi — August 2, 2011 — Lifestyle
References: beautifuldecay
Share on Facebook Share on Twitter Share on LinkedIn Share on Pinterest
London-based artist Andrew Clark has a portfolio that shows the power of genuine stylistic versatility. As an artist, Andrew Clark primarily focuses his work in the advertising, editorial, music, and fashion world and that's the kind of variety that is most evident in his portfolio.

As an artist, Andrew Clark has had his work featured in an impressive range of cities from Tokyo to Sao Paulo, Beijing to New York, and his work has appeared in the pages of major publications like Wallpaper* Magazine, Billboard, the Telegraph, and Time Out.

My favorite part of Clark's portfolio is how his work seems to blend a vintage elements with effervescent coloring to create a distinctive aesthetic that is one part throwback and one part new age.

My favorite Andrew Clark illustration is a mixed media drawing of Manchester United superstar Wayne Rooney. His eyes carry the sort of empty, single-minded fire that top level athletes need to compete in games that carry the stakes many of Rooney's do. Clark connects the viewer with the psyche of a superstar, and that takes talent.

Up next for artist Andrew Clark: A concept book entitled 'The Clark Alphabet' which is based on the idea of a alphabet created based on easily recognizable shapes situated in an every day environment, making the images a sort of code to be deciphered by the readers.
4.1
Score
Popularity
Activity
Freshness
Get Trend Hunter Dashboard