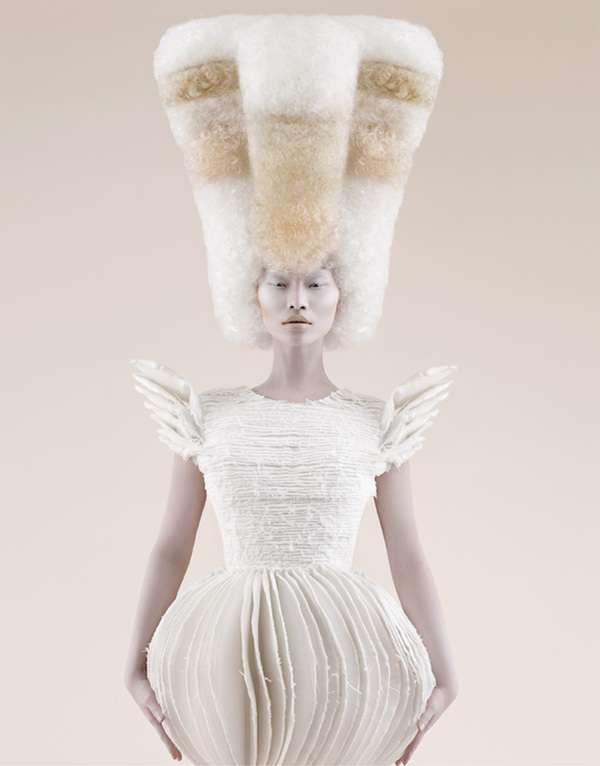 The 'Army of Me' Series is Eccentric and Original

The hair styles are nothing short of strange and nothing less than original. Seemingly inspired by the powdered wigs of the 18th century west European aristocrats, on closer inspection the hairdos have a style all their own.

From box-like coifs to swaying up-dos, Shin captures eccentricity at its finest. Of course, these are not the kind of looks one can casually ask their hair stylist to create; but if the goal is to turn heads, then they're a definite success.

Beyond hair, the models sport clothing made from paper and arranged to resemble actual dresses. From a distance, the resemblance is convincing, but when one looks closer, the illusion fades.
6.1
Score
Popularity
Activity
Freshness
View Innovation Webinars