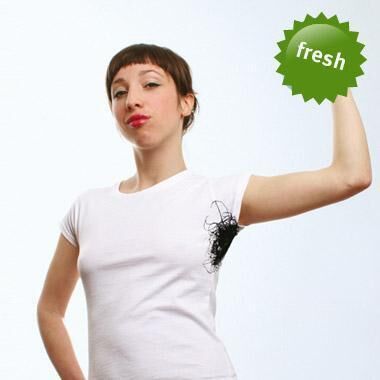 The white T-shirt has an illustration of some seriously wild, black armpit hair. It's called the NatÃ¼rlich Nerz T-Shirt which translates to natural mink T-shirt, their reasoning being that the shirt looks either like Lola has a bit too much testosterone for her own good, or that a furry little animal must be nestled under her arm.

This is hilarious, but I have no idea who would actually wear it! For those who would, it's available from Design3000.de for 29,00 â‚¬
5.7
Score
Popularity
Activity
Freshness
Get Better and Faster