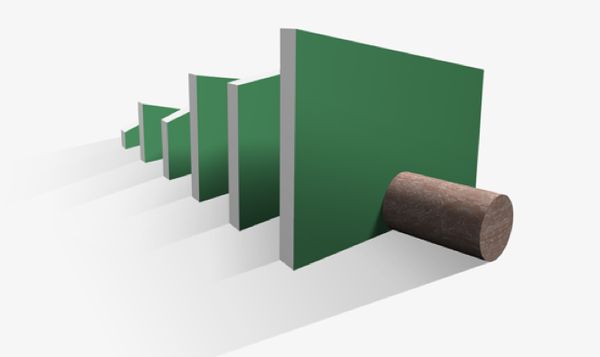 Amelia Roblin — February 12, 2014 — Art & Design
References: behance.net
No doubt, you're probably accustomed to seeing yuletide fir trees standing upright indoors, yet this architectural christmas tree has been designed to take a different orientation. Robrecht Vanhauwere and his team of fellow students were assigned to create an Xmas-themed sculpture that would branch out from the usual symbolic clichés.

Their idea was to model a tannenbaum divided into several separate segments, as if its boughs were visually broken up by wrapped decorative garlands. The general conical shape of the coniferous was established with gradually shrinking sections, arranged horizontally across the floor. This architectural christmas tree lies down instead of pointing upwards, encouraging people to engage with it by weaving in and out of the irregularly shaped arboreal fragments.
1.5
Score
Popularity
Activity
Freshness