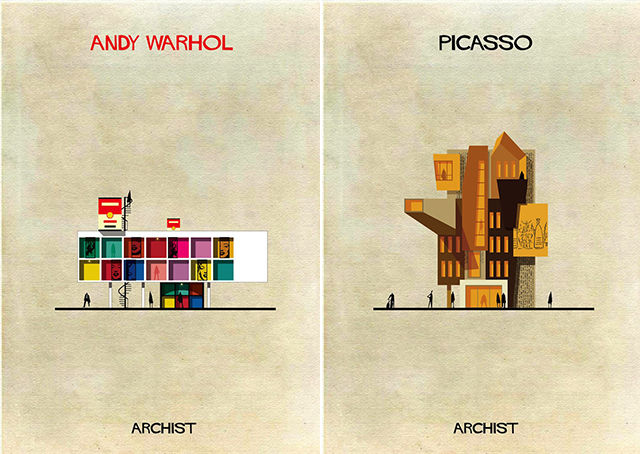 Meghan Young — November 11, 2014 — Art & Design
References: federicobabina & honestlywtf
Share on Facebook Share on Twitter Share on LinkedIn Share on Pinterest
The Archist City series revolves around architecture inspired by famous artists. That is, if iconic individuals such as Pablo Picasso, Anish Kapoor, Roy Lichtenstein and Damien Hirst all decided to take up architecture and leave their art background behind, it would result in designs as portrayed in the Archist City series.

Created by Federico Babina, an illustrator and architect based in Barcelona, Spain, the Archist City series ranges in various styles, many of which can be considered impossible. Yet most of them do look quite plausible, if in very unique ways. And it is interesting to note that in Babina's mind, these artists could never truly leave their original calling behind even when taking up another career.
2.1
Score
Popularity
Activity
Freshness
View Innovation Webinars