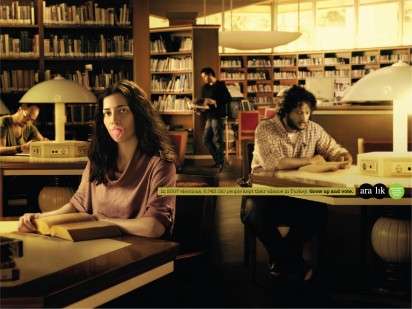 The Aralik Dernegi 2011 Ads Encourage Turkey Residents to Grow Up

Meghan Young — May 22, 2011 — World
References: publicisbold & ibelieveinadv
One way to effectively tell a city to grow up is to show how ridiculously childish they are being while in relatively grown-up situations such as those demonstrated in the Aralik Dernegi 2011 ad campaign. This childishness is essentially embodied in the pacifier that each of the subjects in these two print ads is sucking.

What I like most about the Aralik Dernegi 2011 ad campaign is the dual meaning behind the pacifier: it also represents the idea of voices not being heard. Considering that this series of ads is urging people to vote in elections, the meaning is not taken lightly.

Paired with a slogan that reads, "In 2007, 6,743,010 people kept their silence in Turkey. Grow Up and Vote," the Aralik Dernegi 2011 campaign is very powerful.
1.7
Score
Popularity
Activity
Freshness