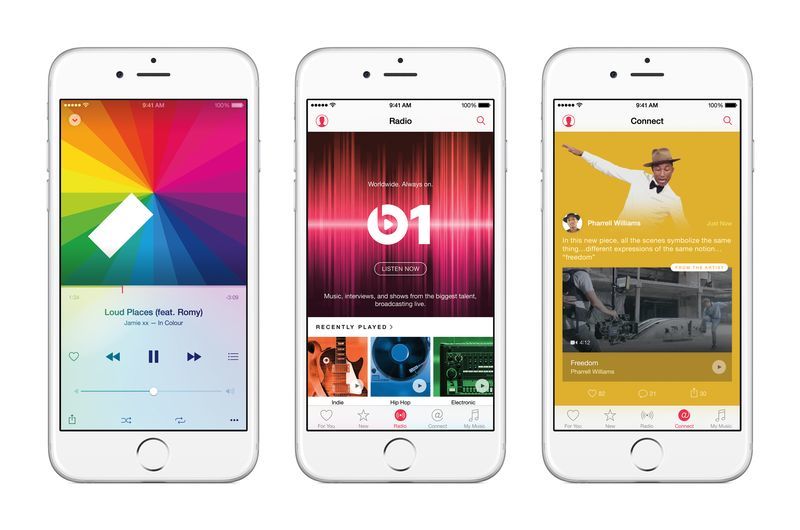 Meghan Young — June 9, 2015 — Tech
References: apple & theverge
Share on Facebook Share on Twitter Share on LinkedIn Share on Pinterest
Spotify has manage to stay ahead of the streaming music race for some time now, but that might all change thanks to Apple Music. Recently announced at the Worldwide Developers Conference (WWDC), Apple Music will not only be a streaming music service, but also combine it with music downloads and streaming radio in a single app.

Competitively priced at $9.99 for individuals and $14.99 for a family of up to six, Apple Music will launch at the end of this month and include an exciting incentive -- Drake's new album. Apple CEO Tim Cook says, "We’ve had a long relationship with music. And music has had a rich history of change, some of which we’ve played a part in." At its core, Apple Music hopes to stand out in terms of features and exclusive content.
1.4
Score
Popularity
Activity
Freshness
Get the 2021 Trend Report FREE