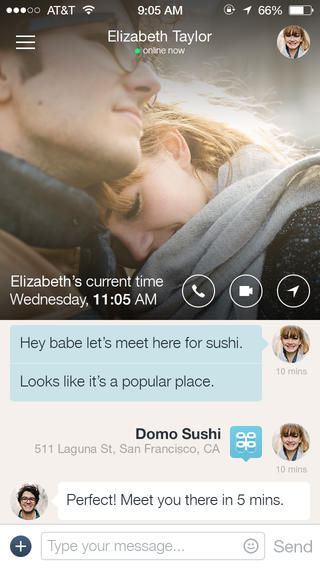 The Couple App for Couples Provides a Dedicated Network for Two

With the app, you're able to share private messages, phone calls, doodles, photos and videos. The Couple app also features a Snapchat-like feature that lets couples share "Secrets," or photos that will disappear after a certain amount of time. The app is ideal for couples in long distance relationships, since it will make both people at least feel like they're a little bit closer. There's also a'ThumbKiss' feature, which makes both phones vibrate at the same time to simulate a quick kiss.