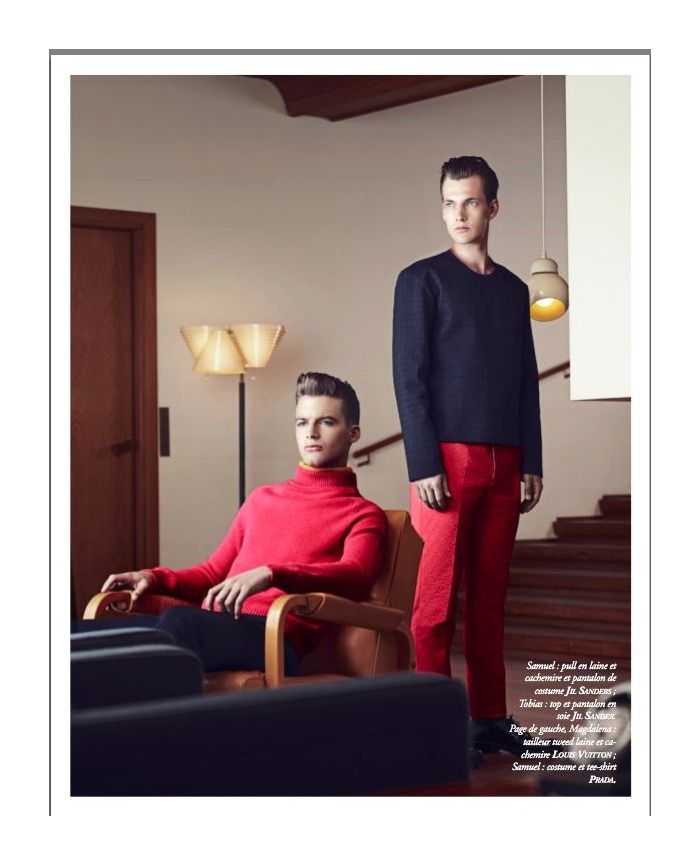 From fresh fruit-hued pieces and florals to sharp and tailored cuts, the models sport a multitude of high style designer selects from the likes of Gerard Sene, jil Sander, Viktor and Rolf, Louis Vuitton and Burberry among others. Sleek and sharply dressed ensembles are complemented by slicked-back and hair-raising coifs by Richard Blandel, serving as the perfect finishing touches to impeccable styling.