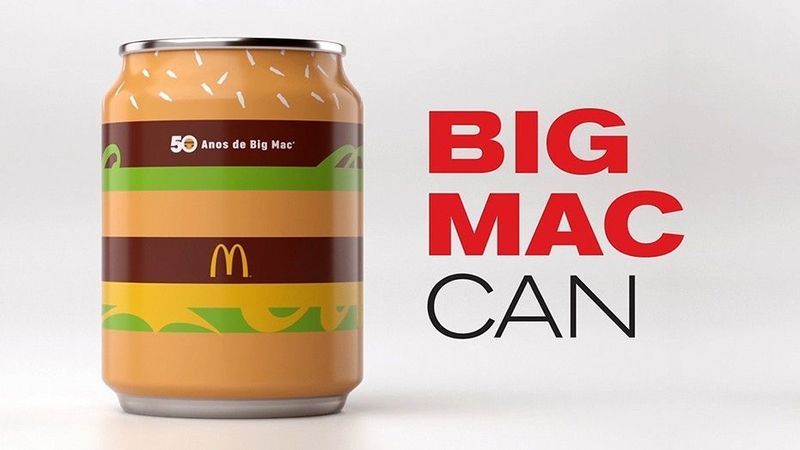 DPZ&T Created an Anniversary Can for McDonald's Iconic Big Mac

The special-edition Coca-Cola can introduces a "a mashup of two great icons," according to Rafael Urenha, chief creative officer for DPZ&T, which boasts a vibrant design inspired by the many layers of the burger. The stylish soda can boasts a modern representation of the burger, including blocks of color that represent the key components of a Big Mac, such as its double patties, lettuce, cheese, pickles and sesame seed bun.

A limited number of the special anniversary cans will be made available to fans, but only influencers and superfans in South America will be eligible.
6.5
Score
Popularity
Activity
Freshness
View Innovation Webinars