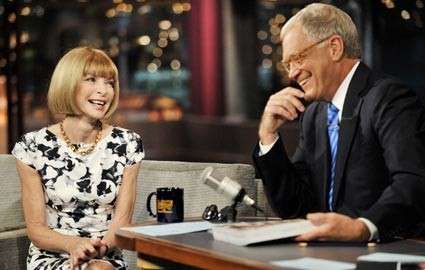 Jacqueline Parrish — October 4, 2009 — Celebs
References: dailymail & stylelist
Share on Facebook Share on Twitter Share on LinkedIn Share on Pinterest
Best known for her icy stare, perfectly coiffed bob, and signature sunglasses as well as being the ruthless editor of Vogue, it seems that Anna Wintour, the woman whose life revolves around the fashion industry, has unwittingly committed a crime against all that is en vogue.

In the past two months, most recently at the Balmain fashion show in Paris, Anna Wintour has been photographed in the exact same ensemble three times. This echoes charges brought forth last year in which Wintour was also snapped wearing fashions more than once.

Apparently even Anna Wintour, the queen of fashion, is doing her part for the environment by recycling her garments.
1.7
Score
Popularity
Activity
Freshness
Access Advisory Services