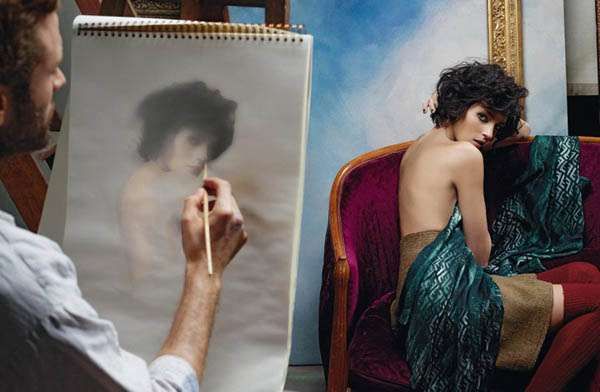 The muselike theme of the shoot is fitting for the campaign, as Rubik is perceived by fashion appreciators as Lagerfeld’s muse and this is certainly not the first time the two have worked together to create beautiful imagery. In the photos, she plays muse to male model Brad Kroenig, who plays the role of painter. According to Fashion Gone Rogue, “The collections mishmash of furs, tweed and knits go on display in a studio setting where Anja is as elegant as ever in languid poses,” which I believe to be a thoroughly accurate explanation of this series.

Implications - Consumers appreciate works of art that converge multiple art forms that are inspired by each other. These works appeal to the broadest range of viewers whose eyes are drawn to a variety of different artistic styles.
5.6
Score
Popularity
Activity
Freshness
Jeremy Gutsche Keynote Speaker