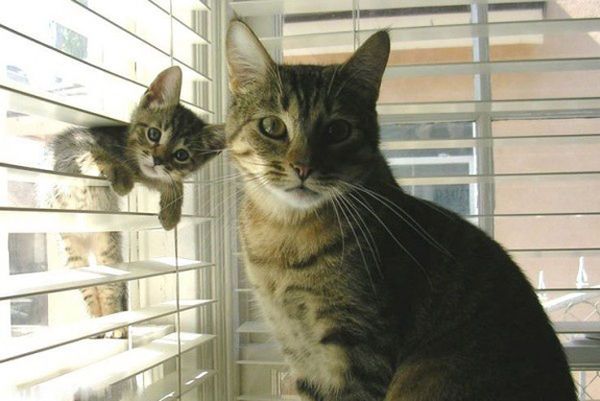 Animals with Miniature Versions of Themselves is Too Cute for Words

Meghan Young — January 30, 2014 — Lifestyle
References: imgur & mymodernmet
Share on Facebook Share on Twitter Share on LinkedIn Share on Pinterest
If the Internet were to crash and burn tomorrow, it is a huge possibility that people would fall to their knees in pure despair because they would be missing out on photo series such as this one involving animals with miniature versions of themselves. Cats and other cute creatures have dominated the World Wide Web for so long, people probably wouldn't know how to brighten up their days if they couldn't catch a glimpse of a hamster's butt or what Maru was up to that day.

Compiled by Redditor SteveV91, the series of animals with miniature versions of themselves could possibly be cuter than those two combined. The pairs are so alike, its almost eerie. Whether being affectionate or simply relaxing in each other's company, nothing can be sweeter.
6.8
Score
Popularity
Activity
Freshness
Get the 2021 Trend Report FREE