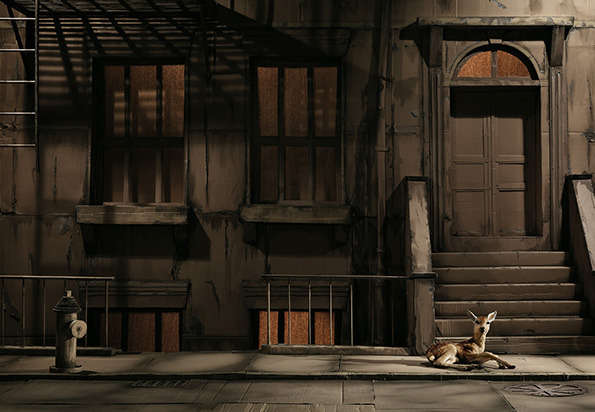 Rudak's photo series takes you to the papered streets of a Japanese neighborhood, bustling urbanized New York and quiet, dimly lit Paris. Everything you see within the photo, excluding the animals, was crafted from brown cardboard by set designer Luke Aan de Wiel. The cityscape photos do not include any human figures because they would distract from the serene feeling that Rudak wanted to portray.

Along with getting you to admire the artistry of the landscapes, Rudak wanted you to feel an emotional calming attachment to the images you were seeing. That is why the animals are present in the Andy Rudak Cardboard Cities scenarios. They add comfort to what could have been eerie photos of colorless dilapidated buildings.
2.8
Score
Popularity
Activity
Freshness
Access Advisory Services