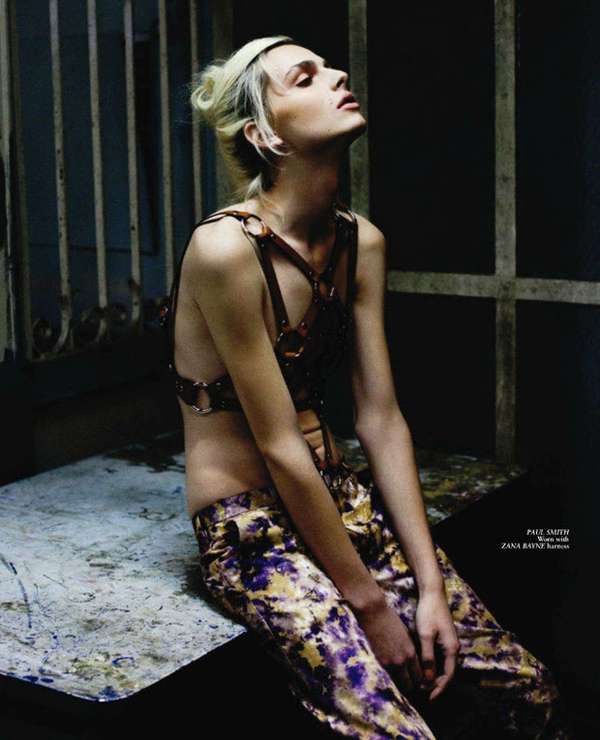 Corinne Guirgis — August 19, 2011 — Pop Culture
References: theblock-mag & fashionising
Share on Facebook Share on Twitter Share on LinkedIn Share on Pinterest
The Andrej Pejic Block Magazine editorial is just one of many examples of the progressive direction of modern fashion. The androgynous model channels femininity and beauty throughout the shoot, despite his biological sex. His success in the industry not only defies convention, but redefines the commonly held perceptions about gender roles and sex, that are gradually changing, but still a work in progress. The shoot walks the line between masculine strength and feminine grace, embodying the values of the modern, empowered woman.

Implications - Widely held societal norms are gradually changing overtime to cater to self-expression. Where particular types of people were once restricted by their classification as deviants in pop culture and public perception, cultural mediums from blogs to magazines, films and television shows are reflecting this progress and increasing tolerance.
6.9
Score
Popularity
Activity
Freshness
Jeremy Gutsche Keynote Speaker