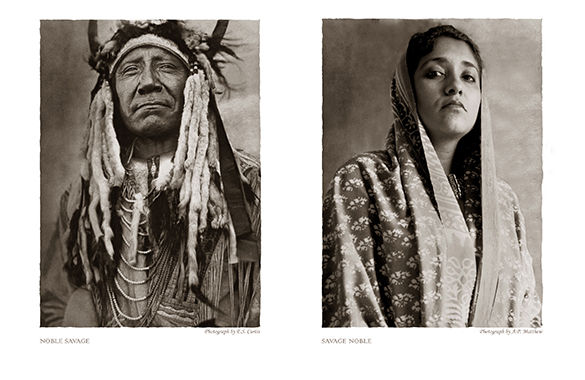 The ‘An Indian from India’ Series Exposes Ethnic Differences & Stereotypes

Like many people of Indian origin living in North America, Matthew has faced the frustration of having to clarify that her being ‘Indian’ means she is from India rather than Native American. “It’s all because Christopher Columbus went looking for the Indies and found North America instead,” Matthew explains. “Then he named the people here Indians.”

That confusion, and what it says about colonial history and race relations, inspired her to put together a series of photos in which she pairs classic 19th century portraits of Native Americans with portraits of herself in the same pose.

Aside from clarifying the difference between Indian and Native American, the ‘An Indian from India’ series also aims to highlight how colonial-era photographs of both Native Americans and Indians perpetuated and reinforced racial stereotypes held by the colonizers.