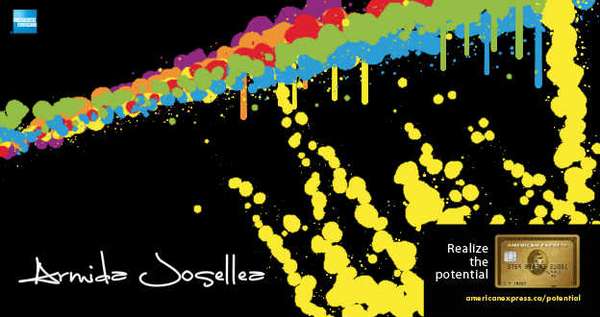 If you’re in Toronto, join us at Bay-Adelaide Centre on November 2nd from 11:30-1:00pm. You’ll get to see Trend Hunter in a creative showdown against other media outlets, using the American Express digital canvas to design an ad on a giant screen! Our creations will be judged by host, actor and comedian Colin Mochrie.

What’s more, attendees who submit a canvas using AmEx’s Facebook application on site will get a chance to win an Apple iPad or American Express Gift Cards at the event.  And don’t forget there’s also a grand prize trip to New York City up for grabs.