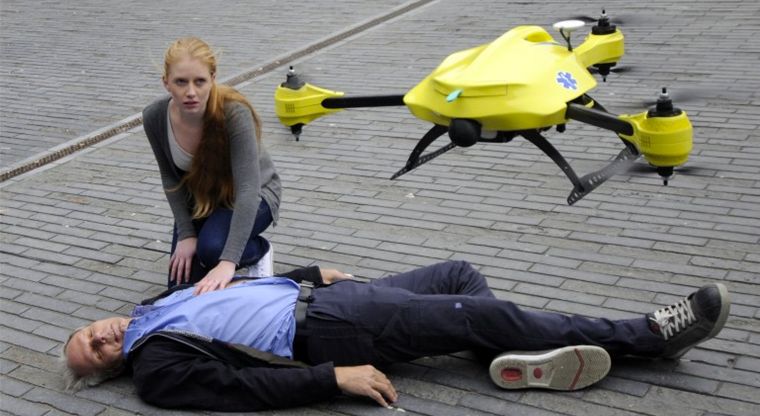 Alyson Wyers — October 30, 2014 — Lifestyle
References: alecmomont & springwise
Even though some people might have a negative connotation with drones and think mostly of privacy invasions, the Ambulance Drone shows how the technology can be used to save lives. It consists of an all-purpose first aid kit that can be flown to the scene of a medical emergency and help citizens administer non-technical procedures while waiting for professional help.

The lifesaving toolkit was created by Delft University of Technology grad Alex Monton. The Ambulance Drone contains a compact defibrillator, CPR aids, medicine and other supplies average people can use in the absence of an actual ambulance. When the first person on the scene calls 911 as usual, both an ambulance and the drone are sent, but the drone can arrive in 1 minute's time. The drone also features built-in speakers to free up the caller's hands and live video that streams back to an overseeing medical team.
5.1
Score
Popularity
Activity
Freshness