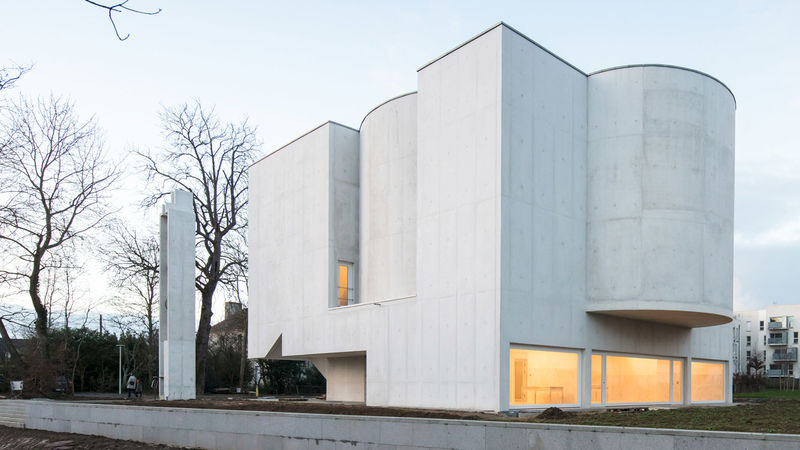 Alvaro Siza Vieira Has a Contemporary Concept for a Brittany Church

Joey Haar — February 15, 2018 — Art & Design
References: dezeen
Share on Facebook Share on Twitter Share on LinkedIn Share on Pinterest
Alvaro Siza Vieira, a Portuguese architect, has recently completed a church in Brittany, France — the first church to be built in the town in this century. Considering its modern construction, the church has an appropriately contemporary design, eschewing the many of the traditional aspects of church design in favor of more modern volumes.

The material is one of the most noticeable aspects of the new church. Covered in stark white concrete, it is a bright spot that glows under the Portuguese sun. The shape of the building is no less striking, though. It is boxy, but it has a cut out portion on one face and a volumetric outcropping on another; these two features combine to give the building the appearance of a shape embedded into the concrete itself, like a sculpture lying latent in marble.