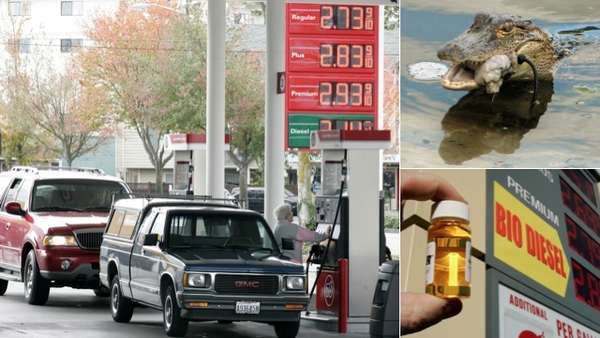 You Could Be Filling Your Vehicle with Alligator Fat Soon

Engineers in Louisiana have found a way to harness the might (read: lipids and oils) of nature's most terrifying beast in order to fuel our cars. The wonderful thing about biodiesel, especially when compared to the oft-confusing biofuels, is that it works with your regular tank and engine. More importantly, research conducted shows that alligator fat meets most, if not all of the requirements for efficient fuels: it's cheap, has next to no pollutants and it's plentiful. In fact, more than 15 million pounds of alligator fat are discarded during the meat processing of crocodilian animals.

Currently, the biodiesel is only offered at pumps in Florida and Louisiana, where alligator populations justify the research. This comes as promising news in the American South, where droughts, poor visibility and the recent oil spill have made abundant resources rare to come by.
1.8
Score
Popularity
Activity
Freshness
Get Better and Faster